Good afternoon, beauties! Welcome to the cover reveal for The Rainbow Clause, by Beth Bolden! I’m particularly super excited for this book, haha! In this post, you’ll find overall information about the book and the author and my oh-so-not-important cover analysis =D 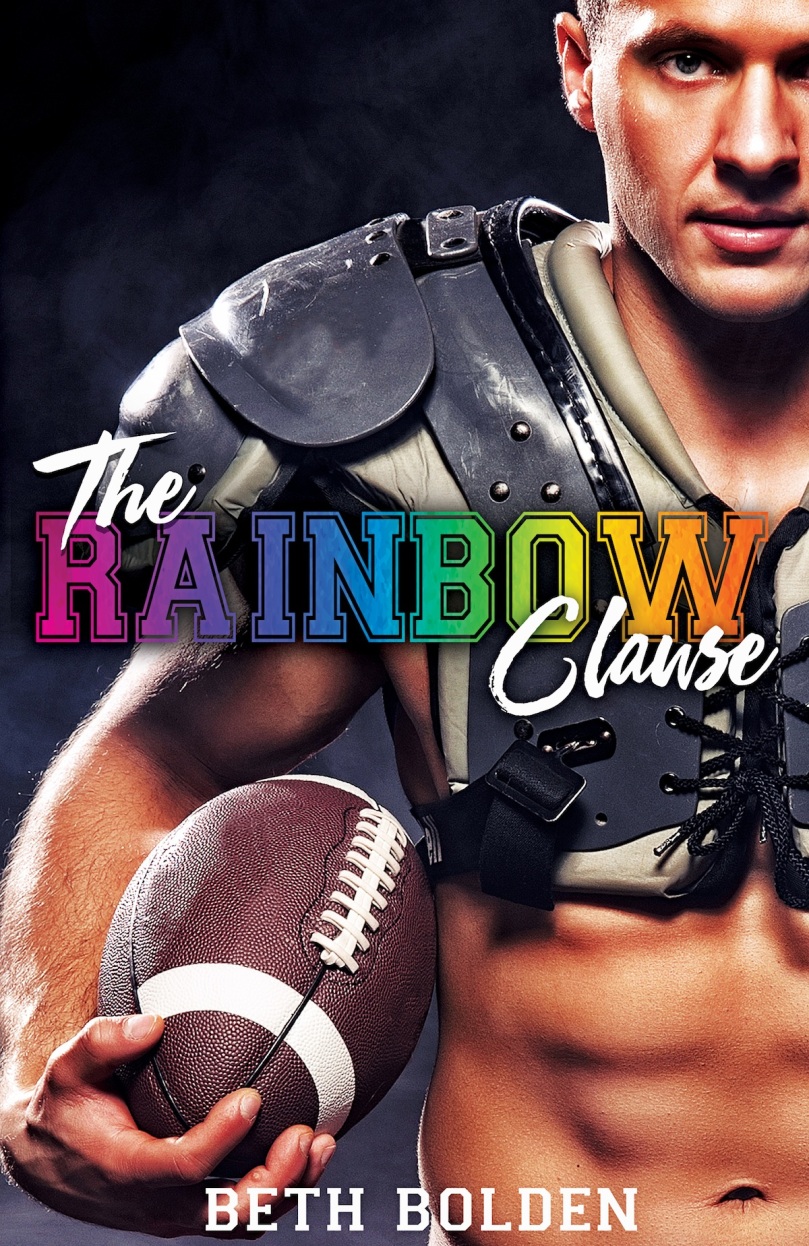 Heisman winner. Member of the National Championship team. NFL Rookie of the Year. Quarterback Colin O’Connor knows he’s become the ultimate romance novel cliché: all the success he’s ever dreamed of but nobody to share it with. Too bad it’s not as simple as asking out the next girl who intrigues him – because the next girl to intrigue him probably won’t be a girl at all.

Unexpectedly, the solution comes in one neat package: Nick Wheeler, lead journalist for a leading sports and pop culture blog. Hired by Colin’s team, Nick comes to Miami to shine a spotlight on the NFL’s most private quarterback.

The heat in Miami rises when Nick discovers that Colin is nothing like the hollow personality he pretends to be in interviews and he’s even hotter in person than on his Sports Illustrated cover. Nick knows this is the story of his career, and after spending his teenage years as a bullied, closeted teen, it hits very close to home. What he needs is to help Colin share his story while keeping their growing relationship from boiling over in the press, but what he wants is to tell the world.

You can already pre-order The Rainbow Clause at Amazon in ebook format!

OMG THIS TITLE. I loved every aspect of it, from the choice of words to the design it has! It was so nice to see the word rainbow in an actual rainbow degrade ❤ Some would think it a cliché, but I honestly didn’t feel it was. I’m also a goner for pretty hunks on book covers, so the model sold me out to the book really fast with those delicious abs, haha! The light and shadow game was nicely done as well, implying that Colin’s world was in gray tones before Nick, which is sooo romantic! #Idodeepdon’tI

The only thing that strikes me as weird on the cover is the blank space next to the model’s head – actually, black space, haha! I think that the authors name would have been better placed there, in a curvy font approaching handwriting. Then, you could have downed the title a bit, until you reached the middle of the cover.

Beth Bolden lives in Portland, Oregon with her supportive husband and their beloved cat. She wholly believes in Keeping Portland Weird, but wishes she didn’t have to make the yearly pilgrimage up to Seattle to watch her Boston Red Sox play baseball. She’s a fan of fandoms, and spends too much of her free time on tumblr.

Beth has been writing practically since she learned the alphabet. Unfortunately, her first foray into novel writing, titled Big Bear with Sparkly Earrings, wasn’t a bestseller, but hope springs eternal. She’s published two novels, The Lucky Charm and Getting Lucky, and a short story, Eye of the Storm. Her next novel, Summer Attractions, will be released in August 2016.

That’s it! Thanks so much for reading ❤ 2017 is looking awesome in book releases department, haha!

One thought on “COVER REVEAL: The Rainbow Clause, by Beth Bolden”