Hi, there! I gave up on caring about which time I post what, as which really counts is the posting, right? Yup, I thought so, haha!

It’s Tuesday, so it’s Top 10 Tuesday day! This meme is hosted by The Broke and the Bookish and my theme today is Most Unfortunate Character Names – yup, still a rebel and not doing the free theme, haha!

Before I start this list, I’d like to say that those are unfortunate names for me, because of something that happened in my life or someone that I met and didn’t like. It doesn’t mean the name is bad at all most of times 🙂

In no particular order, let’s begin:

Seriously? Can you just imagine the amount of bullying poor Snape suffered thanks to his name as a child and teen? (And this one is just bad, honestly)

Seth was one of my favorite males ever, but WHY DID HIS NAME HAD TO BE SETH? This is the name of the God of Death in the Egyptian mythology and, as a good geek, I’m too used to think of Seth as someone evil 😦 Also, this was the name that I picked for all the bad guys in my childish Barbie plays, so I really have a negative connection with it… If karma exists, I shall marry a Seth someday.

Another case in which the name is not to blame. My family is from Germany, so I grew up with the German culture right beside me 24/7. One of the typical foods that my family loves is a sweet cake called Stollen, so I kept having ridiculous giggle attacks during the whole book – especially when I realized that Peter was just as interesting as the said sweet cake. Oh, and in my case, this is so not a compliment, haha!

4) Rowan, from Rowan of Rin series

I even mentioned this on the review of the first book [here]: this character’s name reminds me of Ronan, from the Grand Chase game, so I keep imagining said Ronan in the place of my darling Rowan, haha!

5) Eadlyn, from The Heir [review here]

Another case in which the name is just bad. I still don’t even know how to pronounce it! America for sure didn’t love her daughter to name her that way and I can totally understand why.

6) Shelley, from What Lies Within [review here]

Back to the “names are not the culprits” section. Shelley is an okay name… If you don’t watch The Big Bang Theory. Sheldon Cooper’s mom calls him Shelly and more often than not someone would call Shelley on What Lies Within and I’d smirk alone. I know, I’m stupid LOL

I have a pretty messed up relationship with that name, as all the guys I ever met that had been given this name were jerks or assholes. So when my goddess Ava named one of her characters Gabriel and he also turned up to be a jerk and an asshole, I got depressed 😦 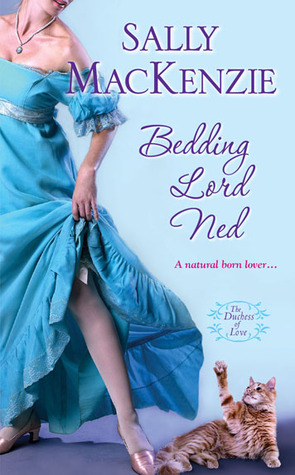 Who in hell though it was a nice idea to nickname someone whose name is Edward with NED? Can someone please explain this logic to me? Besides being bad and totally random on my opinion, this name reminds me of a really stupid cartoon that I used to hate as a child, called Ned’s Newt. It was disgusting and I kept remembering it while reading this book – btw, the book is awesome, haha!

9) Klaus Baudelaire, from A Series of Unfortunate Events

I save the best ones to the end, as my motive for this one is downward ridiculous. I actually like the name Klaus, it’s fancy and sounds manly, but I watched this soap opera when I was a child I’ve been sharing many childhood stories today, oops! called Chocolate with Pepper (a free translation from the Brazilian original title Chocolate com Pimenta) and the small city banker was called Count Klaus. What does this have to do with poor Klaus Baudelaire? Simple. Count Klaus was a poor ugly thing that was a sort of funny villain and was called an old goat by his poor fiancé.

Btw, this was one of the best soap operas that I have even seen, set in Brazil’s 1930’s. I wish I knew of a place that has it with English subtitles, you guys would laugh hard! Oh, and did I mentioned that the clothes were terrific? ❤

Yes, this is a manga and not really a book, but I needed to put this character here. You’d think that it’s bad enough that his name is “Light”. Nope, you haven’t seen it all. Japanese people have the habit of putting last names before given names on everything, so he is called Yagami Light a lot. Still don’t think that’s bad? Try spelling it out backwards. Not convinced at all? Here, let me help:

If you still didn’t catch it… Try spacing it out:

THERE, I SAID IT. IT IS SO BAD AND THE GUY IS ALLEGEDLY STRAIGHT HAHAHAHAHAHA

Thanks for reading and sorry that you had to put up with my silliness, haha! Which are some of the most unfortunate characters’ names for you?