Hi, there! Welcome to my review for Mr. and Mr. Smith, from HelenKay Dimon 😀 And let me tell you, what an action packed book, omg! I’ve received my copy from Give Me Books in exchange for an honest review – thanks again! Let’s do this! 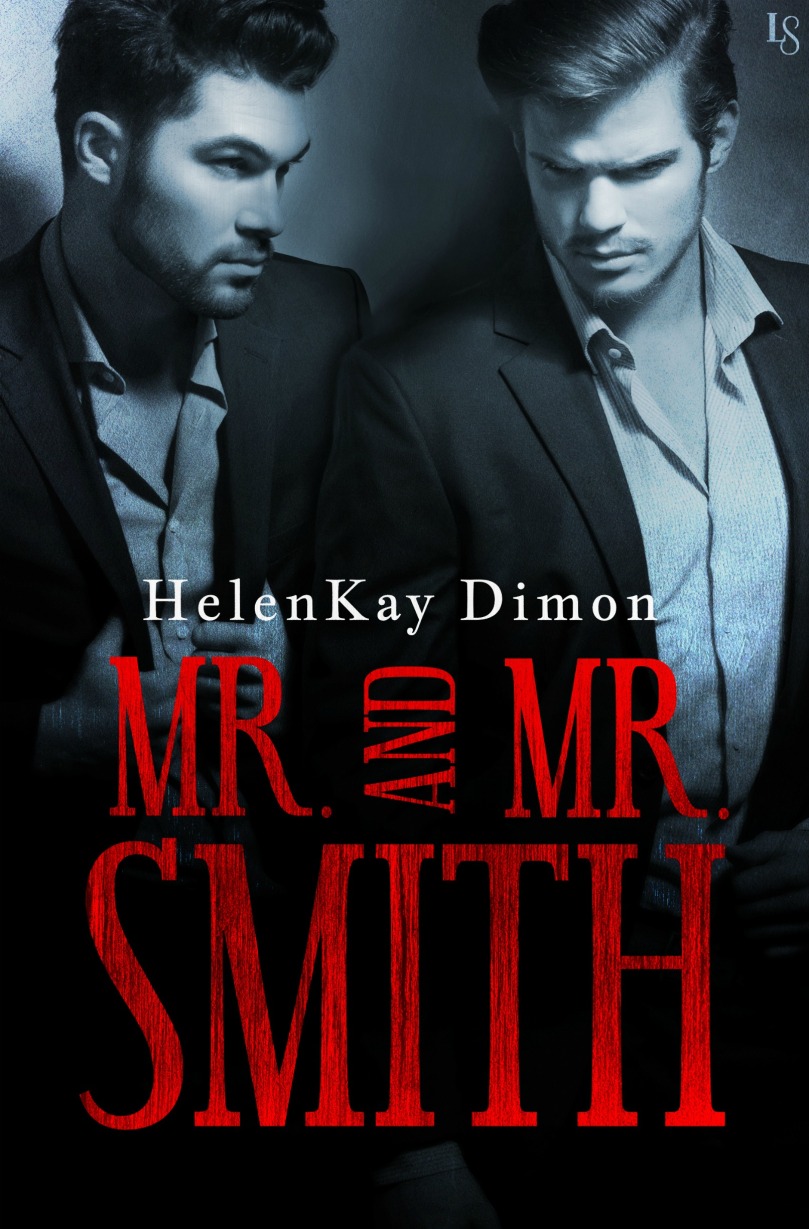 Secrets and seduction make for an explosive combination in HelenKay Dimon’s edgy, thrilling new series, which kicks off with a novel about two men who can handle any threat—except the one posed by desire.

Fisher Braun knows how to keep a secret. As a covert paramilitary operative, his job—and his life—depends on it. He’s at the top of his game, ready for action and always in control. No enemy has ever brought him to his knees, but one lover has: Zachary Allen, the man currently sharing his bed. The perfect package of brains and brawn, Zach is someone worth coming home to, and Fisher hates keeping him in the dark about what he does. But the lies keep Zach safe. Until the day Fisher loses everything. . . .

Zachary Allen is no innocent civilian. Although he plays the tech geek, in reality he’s deep undercover for the CIA. In a horrible twist of fate, the criminal enterprise he’s infiltrated has set its sights on the man whose touch drives him wild. Zach would do anything for Fisher—except blow his own cover. Now, in order to save him, Zach must betray him first. And he needs Fisher to trust him with all his heart if they want to make it out alive.

This book was great. I loved the characters, the development of the story, the complications, the twists… Omg, so many actions of all kinds! *–* (And with this I mean actual action + sheets action, haha!) Also, this title is just brilliant ❤ I only think that the beginning was too sudden and a bit confusing, but after we meet Zach, everything changes, haha! Five stars 🙂

The narrative was third person styled with switching points of view between Fisher and Zach. I personally liked Zach a lot more than Fisher, as I’m not a huge fan of controlling men, but Fisher wasn’t that bad, just a lot more stubborn, haha! As there wasn’t a great mystery – not from my perspective, at least – on the book, so I think the narrative style was perfect. Dimon’s writing also was alright and very fluid. I liked how she thought about all the small things without being a bore, haha!

The plot seems complicated, but it is actually quite simple: Zach needs to fight for Fisher’s trust after the betrayal and they need to work out their relationship. The thing is that half of the CIA is between them, oops! But I didn’t miss a big mystery, it was good to cheer for them to be together 🙂

The characters were very well developed, despite their tendencies for repetition. I mean, things would end up twirling in Fisher’s head more often than not, for example, and Zach would keep digging their past to build up their future together and sometimes both things got a little under my nerves and I would roll my eyes at both men, haha!

I think the strongest point of this book is the action package; we usually don’t see many gay romances that are also thrillers / action books and that as a very nice change of scenario for me 🙂 I personally loved the twist at the end and I Dimon grabbed and squeezed my heart pretty good after the big explosion, haha! Sorry, can’t say more due spoilers, so just go read the book 😉

Overall, if you like hot men, action, nerve-wracking situations and police books, you should read Mr. and Mr. Smith 🙂

Thanks for reading my review! Bellow you can find info on where to find Mr. and Mr. Smith and learn a bit about the author 🙂

You can find Mr. and Mr. Smith in ebook format only 🙂

HelenKay Dimon spent the years before becoming a romance author as a divorce attorney—not the usual career transition. Now she writes full-time and she’s much happier. The author of more than thirty novels, novellas, and short stories that have twice been named “Red-Hot Reads” and excerpted in Cosmopolitan, she’s on the board of directors of the Romance Writers of America and teaches fiction writing at UC San Diego and Mira Costa College.

That’s it, thanks for reading the full post! Also, thanks once again to Give Me Books for my review copy and my spot on this blitz: 🙂

6 thoughts on “Mr. and Mr. Smith, from HelenKay Dimon”