Hello, everyone! Today I begin another section at the blog: authors from my heart <3. I’m that kind of person that, if I like one book or manga from a writer or mangaka, I will madly look for all the other works from the person, lol. This section will take place four times in a month: two posts for book authors and two for manga authors, or mangakas ❤

So, I officially open this section with one of my all-time ever favorite manga authors: Matsuri Hino-sensei.

We first met in 2003, when Meru Puri was released in Brazil by Panini. This series changed my life and my conscious preferences on men to this day. If you ask me, her strong point is her art. Her draws are insanely beautiful and a true signature ❤ As for the plots, that’s a weak point. I don’t know what happens, but I feel that she gets lost into her own stories sometimes, haha! Anyway, who cares about plots when you can have a look at her men? LOL

Anyway, Hino-sensei only has six titles to her name, as she is the kind of author that focus on a series at time. I already read them all, so here we go, in the order of my reading:

This was my first and beloved one. Soon, I’ll make a decent review of the story, but Alam and his brother Jeile still visit my dreams at night with their perfection ❤

On the way to school one morning, Aili loses her mirror – one that had been passed down to her through generations – and suddenly finds herself in a bizarre situation. Never in her wildest dreams did she expect Alam, a little boy from a magical kingdom, to have emerged from the mirror in the short time it took her to track it down!

And those are Alam and Jeile, from left to right: 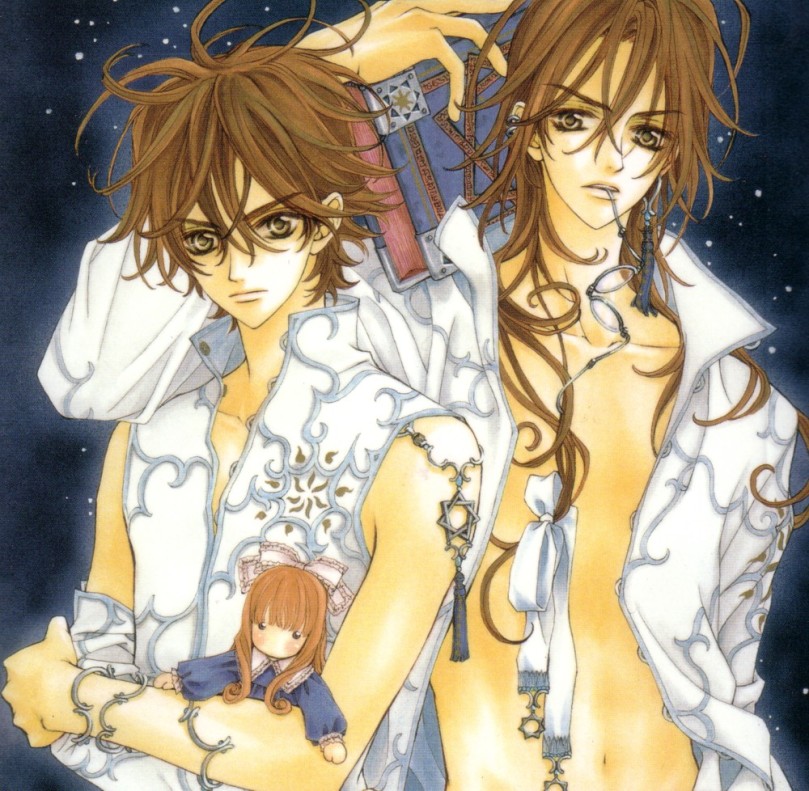 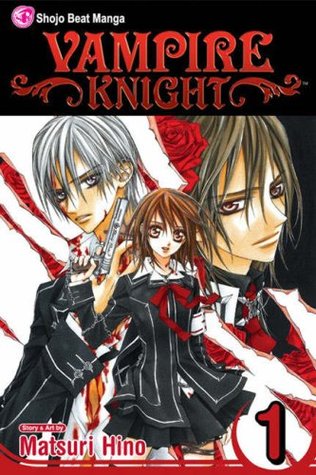 I have a funny story with this series. When I was younger, I wasn’t very, er… Watchful(?) of the manga world. I loved it and all, but I only knew about the releases when I saw them selling, haha! At the time Vampire Knight was released around here, it wasn’t long after Meru Puri’s end, so I was feeling very abandoned. When I saw Vampire Knight, I had an attack and bought it thinking that it was the continuation of Meru Puri. I didn’t even bother reading the title, I just took it home with me (#stupid, haha!). My mistake turned out just fine, but I admit that I never finished this series – stopped by volume 8, because of publishing problems at Brazil. One day, I’ll start over and finish it 🙂

Yuki Cross has no memory of her past prior to the moment she was saved from a vampire attack ten years ago. She was adopted by the headmaster of Cross Academy, and now works alongside Zero to guard the Academy’s secret. Cross Adademy is attended by two groups of students: the Day Class and the Night Class. At twilight, when the students of the Day Class return to their dorm, they cross paths with the Night Class on their way to school. Yuki Cross and Zero Kiryu are the Guardians of the school, protecting the Day Class from the Academy’s dark secret: the Night Class is full of vampires!

This is my second favorite title from her. Too bad it’s an oneshot

In the Mediterranean at end of the 17th century, former songstress Armeria disguises herself as a boy and boards the ship of the pirate Skulls–the man who kidnapped Luce, her first love. Captain Skulls is arrogant, violent, and a skirt chaser! And unfortunately for Armeria, he discovers she’s a woman… 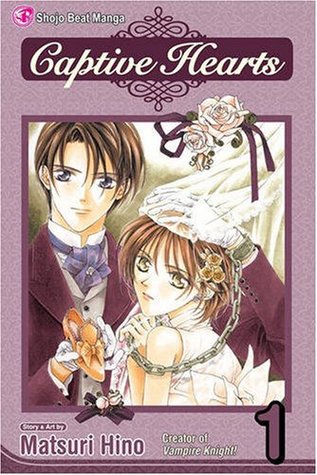 Third favorite o/ The story is very funny overall and the characters are interesting.

Fate plays an unusual trick on a privileged boy in this adorable shojo!

Being carried around everywhere and having handsome Megumi act like a slave may seem ideal, but Suzuka just wishes he would stop. Can anything be done about Megumi’s captive state? Or is Megumi doomed to see Suzuka as his master…forever?

Carefree Megumi Kuroishi was living a life of luxury until the day a girl named Suzuka Kogami walked into his life. All of a sudden, Megumi finds himself kneeling at Suzuka’s feet and prostrating himself like a servant! What Megumi doesn’t know (until that very moment anyway) is that his family is cursed to follow the orders of the Kogami family.

This is a short story without a proper cover, sweet and sad. I particularly didn’t like it very much, but it’s cute in its own way.

A touching story of a young woman on the verge of adulthood who reminisces about a certain bakery she visited many times during her youth as she is on her way to visit it once more.

This is Hino-sensei’s current project. I read what was already available at my Manga Rock app and I hated it. And me hating it broke my heart, because I know it will take a while now to a new release, as she works into one manga each time…

The story revolves around Mikage, a schoolgirl who is the descendent of ninjas. She lives in modern-day Kyushu, and she serves a certain man.

That’s it, guys! Thanks for reading 😀 For now, I can promise reviews to Meru Puri and Wanted, but I can gladly review all of them if you are interested 🙂 Do we have other lovers of Matsuri Hino-sensei’s works around??

*I do not own any of the images used on this post, they were all found at Google researchs and used here to illustrative ends only.